My Nintendo Switch is by far the most played console in my collection. The longer I have it the more I like it. The system is so popular with my family that I purchased 4 of them for Christmas this year. Now everyone has their own and they can stop taking mine!

Along with the additional consoles we also picked up a bunch of new games. Mario Odyssey has been a hit in my tribe. Everyone enjoys playing it. The graphics are great, the art style is fantastic, and the play is just challenging enough to keep your interest without serious frustrations. It’s reminiscent of Mario 64 but more advanced.

Rocket League, a game in which you play soccer with cars is both a lot more challenging and more fun than you imagine. I was shocked at how long I had to play before I could score my first goal in a match. Rumble mode adds various weapons and abilities to the vehicles and turns everything into an all out war. Custom cars like the DeLorean from Back to the Future add to the fun. It’s also one of the few online games that is cross platform. People on Xbox, PC, Playstation, and the Switch are all in the same player pool.

DOOM has been my go to game during lunch breaks since Christmas. I played the game when it launched on the PS4 and it was awesome. I was skeptical that it would carry over to the graphically weaker Switch but there’s something infinitely satisfying about being able to play this type of game on the go. Nothing gets my mind off of work like mowing through hell spawn or vanquishing foes in Team Deathmatch for a half hour. As an added bonus, it keeps me from needing to eat out just to escape the office which is great for my budget and staying in shape. The graphics don’t look quite as good as the PS4 or PC versions but on the Switch’s small screen you’ll hardly notice. 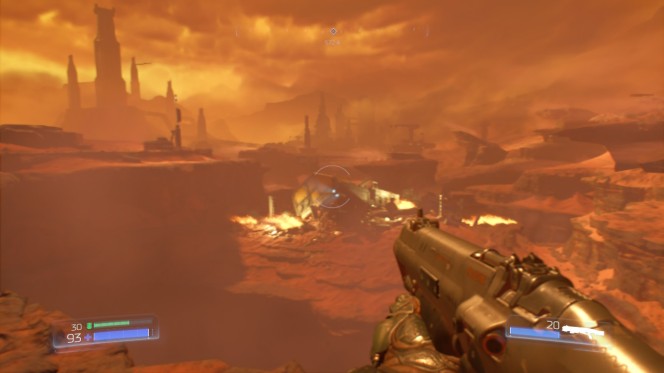 Everyone in my family has a copy of Splatoon 2 now and you can find us battling it out at least one weekend night on the living room couch. Several of our friends have joined us and the game keeps getting better, adding new weapons and maps at a steady clip. Recently we started playing the Salmon Run wave battles as a team. Its good family fun.

I’m still playing Breath of the Wild. I’m around 70 hours in and love the game even more than when I first started. Just when you think you’ve seen it all, something new pops up and blows you away all over again. It really is one of the best video games of all time on any system. Watch out for Eventide Island! 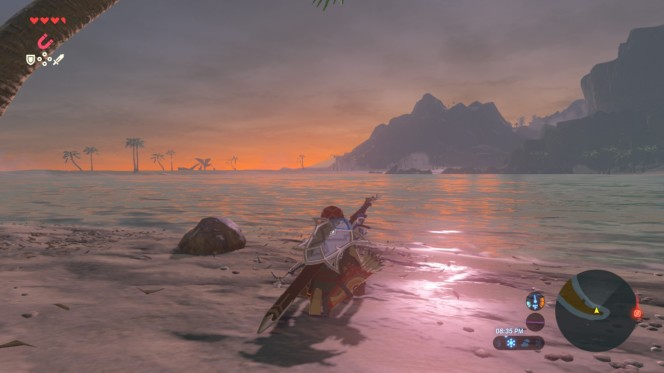 Skyrim is just as epic on the Switch as it was on the Xbox 360 and PS3. The load screens aren’t too bad, the graphics look better than the 360 / PS3 Gen but not as good as the PC HD version. I haven’t spent a lot of time with this title yet, but overall I’m impressed. Both my wife and son have hundreds of hours in Skyrim in its various forms and they give the seal of approval.

If you’re considering more than one Switch in your circle you might want to consider purchasing most of your games on cartridges that way they can easily be shared. If you started out with a single Switch and need to move user profiles to new devices; its relatively easy to do. Just follow these instructions on Nintendo’s site. You might also want to read through my document about getting multiple Switches to play online with a single Internet connection.

What do u know?

I’ve been lucky enough to work in IT for almost 25 years, in that time the digital world has changed drastically. We have gone from Commodore 64s and 300b modems to Gigabit fiber and monster datacenters. I’ve picked up a lot of useful knowledge along the way. People are always telling me I should start a blog and share, so here goes…..

Nice night for a walk.
There's nothing like fall in Missouri
The whole field was full of these.
No filters, it just looks that good.
Fall in the city
The trails at Burr Oaks in Kansas City wind through these giant limestone cliffs. They say the Jesse James gang hid out up here. Its a great hike if you never been.
The world of small things always looks neat close up. Moss on a Rock in the woods.
It isn't called the City of Fountains for nothing.
Caught a rainbow at the top.
They make my eyes itch and cause sneezing fits.
%d bloggers like this: