The last time I wrote about smart watches I ended up liking the Samsung Gear 3. I purchased the new Apple watch for my wife and we’ve spent the last few days setting it up and putting it through its paces. Have I changed my mind?

She’s upgrading from a series 0 (original) so the differences are as drastic as they can be. The new watch is 40mm vs. the 38mm of the orignal but you can barely tell they’re not the same size. The corners on the series 4 are rounded off at a shallower angle and this hides the small size difference. Surprisingly, her custom leather watch band from the 38mm fit on the 40mm without any issue.

The biggest improvement is that the screen than has significantly more viewable space. The extra size makes things like text messages and certain views in the calendar much easier to read and the numbers on many of the watch faces easier to make out in a quick glance. You can also add more complications.

The new Apple Watch is noticeably faster and the speed boost is most appreciated when opening complex apps that deal with lots of data like the text messaging app or Apple pay. There’s almost no delay between tapping the icon and the app opening. I imagine in the months to come we’ll see apps that can take advantage of the added processing power.

Apple has added haptic feedback to the crown so that you feel it “click” when it rotates. This is a more important update than you might think. I know it impressed me more than expected. Operating the device is more precise when you have some sense of how far you’ve rotated the knob. It’s like the difference between typing on-screen and on a keyboard.

She got the Cellular version of the watch and something we didn’t expect was how much louder the speaker is. You can easily hear music or calls, in fact my wife had to turn the volume down from its default because it was uncomfortably loud. The microphone pics up your voice from almost anywhere. There’s no need to walk around talking into your wrist a’la Knight Rider. 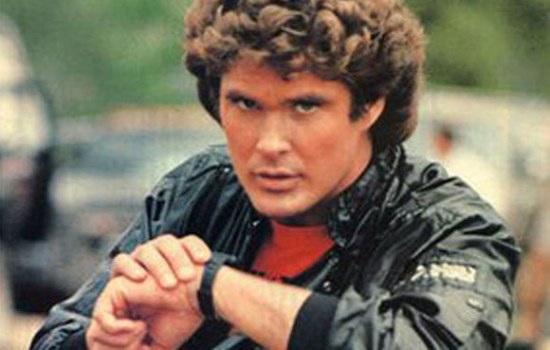 I expect the EKG feature to be fantastic when it is activated later this year, watch for an article on that (puns are fun). The heart rate sensor is much more accurate than the orignal is. The podcast app is a great addition. The device has finally evolved to something that lets you feel comfortable running to the store or going for a run without your phone. The fall detection and alerting is a great safety feature for people that are home alone.

My only major gripe is that Apple still doesn’t allow 3rd party watch faces. Don’t get me wrong they make some great ones, but for comparison there are some 60,000 available for my Gear 3. Overall, I’m impressed but I won’t be ditching my Samsung for one anytime soon.

IT professional with almost 30 years of experience in Infrastructure, Architecting, Administration, Development, and Communications. View all posts by Kevin Trent